A fitting finale for Wolverine in Hugh Jackman’s Logan 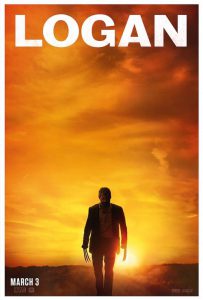 It’s been 17 years since the release of X-Men, arguably the film that kick started the modern super-hero obsession thanks to the Marvel movies.

In that time, Hugh Jackman has gone from a fresh faced man in his early 30s to a veteran in his late 40s looking to bow out of a nine film run with one for the grown-up fans of his Wolverine character.

We’ve also seen with the Deadpool movie that there is a market out there for comic book films with more violence and foul language in it and it’s perhaps this that has brought us Hugh Jackman’s final movie as Wolverine.

An ageing Logan (Hugh Jackman) is working as a Limo driver, eking out an meagre existence in Mexico to buy the black market drugs that will keep a 90-something year old Charles Xavier (Patrick Stewart), who is slowly losing command of his brain to dementia, stable.

He has the the aim of making enough money for them to retire to a boat where they can escape a bleak future world which seems a lot less friendly than it used to be with mutants seemingly becoming extinct, a topical wall on the border to America.

Invoking several dark westerns such as Unforgiven, this is a film that takes full advantage of its 15 rating to deliver visceral violence in a film loaded with the kind of swear words that you always assumed that Logan – as Wolverine – was capable of if he wasn’t in child friendly popcorn movies for the last two decades.

Into their world comes a young girl (Dafne Keen) who needs safe passage out of the hands of a sinister corporation.

In a twist of fate, Logan find himself reluctantly agreeing to help the girl find safety along with Charles Xavier after making a surprising discovery about her origin.

The three of them embark on an unusual road movie chased down by forces who won’t rest until she is captured.

The lower budget due to the higher rating, and decent running time gives the film plenty of space to explore themes of family, aging, pain, and mortality.

Logan looks every part the grizzled man, slowly losing his renowned healing factor, retaining scars and bloody marks of previous battles but he must return to the ultraviolence that he was always capable of in one last hurrah for Jackman for the X-Men.

When the blood and gore does come, director James Mangold doesn’t hold back but it’s touching scenes between the lead characters and supporting players that really make the film hold together as a superior product.

Unfortunately the villains of the piece are somewhat disappointing but they do contribute to a finale which is satisfying in the end.

Logan is a great standalone movie, stripped back with little of the baggage of the earlier X-Men films and sprinkled with dark themes and kids will be understandably disappointed to be unable to see their hero one more time.

Summary: LOGAN is a fantasy action drama sequel in which the Marvel Comics Wolverine character emerges from his seclusion with the arrival of a new young mutant.